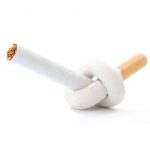 So, maybe you have tried to quit smoking a few times. You have tried the patches and the pills and yet you have ended up smoking again. Maybe you have even tried a quit smoking hypnosis program before. You might have had some unexpected stressful time in your life and rather than continue your new smokefree pattern of behaviour, you succumbed and bought a pack of cigarettes. Or maybe it was that social gathering where you had a few drinks, dropped your guard and bummed a cigarette. You might have asked yourself “why cant I stop smoking?”

No doubt you tried pretty hard to become a smoker in the first instance! At first you probably didn’t even like the taste of that first puff. Nor did you enjoy the burning sensation as you inhaled  cigarette smoke for the first time or that dizzy head that followed. But with practice, you got used to it and all the while, the nicotine began to create a new hungry little monster that soon demanded to be fed. As with any habit  – both good and bad, repetition is the mother of skill when it comes to forming a subconscious mind program. And so a much biggar monster was unleashed – psychological and emotional attachments to the habit.

There is no doubt that the habit of smoking can and does kill many thousands of people every year. Graphic advertisements on the Television are now the norm as the Government steps up it’s “Quit line” campaign. Yet many people find it difficult to stop smoking, even with the aid of methods like patches and pills. Meanwhile the price of cigarettes and tobacco continue to rise and many cannot afford it any more.

My quit smoking hypnosis programs are a safe and natural approach to quitting smoking. There are no negative side effects or other potential health risks with undergoing clinical hypnosis.

As a smoker, your conscious mind generally knows that smoking is a dangerous and expensive habit. It has also become a quite an antisocial habit compared to what it was 20 to 30 years ago, yet a smokers subconscious mind just won’t let it go. It’s as if there are two parts within the mind which are in constant conflict. Many smokers have attempted to use “willpower” and “cold turkey” methods for quitting but in most instances, without lasting success.

Often a person’s own ‘Self talk’ can sabotage their efforts to change. For example, a smoker says to himself/herself “I will give up smoking” or “I must give up smoking”. The word ‘will’ and the word “must” is always in the future. The words ‘give up’ denote a sense of ‘loss or sacrifice’. To move towards your desired outcome rather than moving away from what it is that you don’t want to happen, is an important concept to consider here.

The smoker will often derive a sense of comfort from having a cigarette, or smoking can operate as a kind of release valve when a person is experiencing a ‘build up’ of stress. It can also provide an excuse to take a break or serve to keep the hands and mouth busy when under perceived social pressures.

Much emphasis is given to the “nicotine addiction”. However, although nicotine is a powerful substance, it is not the biggest challenge. It is the psychological and emotional attachments and associations to the habit that present the biggest challenge for those who try to stop smoking. Quit smoking hypnosis provides a way for smokers to deal with these psychological and emotional attachments that have helped form the habit. It can help with transitioning them to becoming and remaining a non-smoker.

As a Professional Clinical Hypnotist, I will work with you on an individual basis to transition you from being a smoker, to becoming a Non Smoker. Because for lasting and meaningful behavioural change to occur, it must happen at the sub conscious mind level. Hypnotherapy is a powerful intervention that can facilitate lasting change. It has also been well documented that out of all treatments for smoking cessation, clinical hypnosis scores one of the highest success rates.

How Much does Quit Smoking Hypnosis Cost?

Call me now, to find out which option is the right one for you.

‘Proving that hypnosis is the most effective way to quit smoking, according to the largest ever scientific comparison of ways of breaking the habit. While willpower, as it turns out, counts for very little.’

If you are thinking about Quitting Smoking, one of the most effective ways to achieve this is through Clinical Hypnosis. The Key factor for those of you who are thinking about quitting smoking, is that you must want to stop, and must make the decision for yourself. Once the decision has been made, clinical hypnosis can facilitate the re-education (reprogramming of) and rehabilitation of the subconscious mind to become that of a non-smoker.