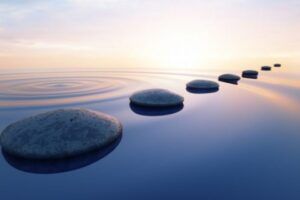 Can we influence the healing of our physical bodies by using our mind?

Healing with the mind? I believe the answer to this question is yes, more than likely. A simplistic example of this is when a person is told to close his eyes and imagine a lemon. Then he is told to imagine cutting into that lemon and to squeeze the juice of the lemon into a glass. He then imagines smelling the lemon fragrance and then drinking the lemon juice. When asked if he noticed any physical sensations or reactions, his answer is almost always that he noticed an increase in salivation. He did not have the real lemon, he just held a picture of it in his imagination. A picture or image in the minds eye caused a physiological response.

Now the above, is an example of a conditioned response because the person would have experienced the physical effects of tasting the lemon juice in real life. However, the same could be said of someone who has experienced the positive physical effects of being in excellent health. Remembering and imagining the physical and emotional sensations that are present with being fit and healthy can also have a positive affect with the healing process. Focussing the mind on the outcome that we want and moving towards it, rather than focussing on moving away from what we dont want. Could healing with the mind be possible?

Pictures, images and symbols are often referred to as the language of the subconscious mind. If by taking this example of holding only a picture or image of the lemon in the imagination can produce a physiological response, then what if we were to create and hold an image of ourselves as completely fit and healthy?  What if we were to attach a strong positive emotion to that image? And what if we truly believed that this was happening? And what if we fully expected to get this result?

There are many examples of amazing recoveries and healing from all sorts of health problems that are often referred to as “miracles” or “spontaneous healing” and so on. Could these healings be the result of belief, imagination, a strong positive emotion and expectation? The placebo effect? Food for thought perhaps….

Self hypnosis can be a powerful tool to help affect positive pyschological, emotional or physiological changes for ourselves.