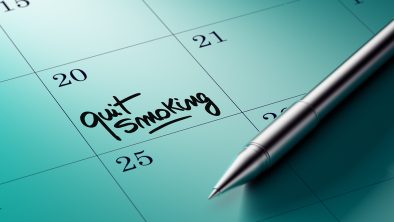 I get many people asking similar questions with regard to quitting smoking with hypnosis. So I trust that the following information will prove helpful if you are seriously wanting to kick the habit.

Although hypnotherapy is a powerful tool for change, hypnotherapists cannot force people to do something that they really don’t want to do at their deepest level. So it is most important that you have made the decision to quit. It is not the hypnotherapists job to sell you the idea of quitting smoking.

Most smokers that I have worked with over the last 20 years have tried patches, gum, champix, sprays and inhalers. Some have had various degrees of temporary success and yet hypnotherapy has been the last thing that they have considered. In actual fact, Hypnotherapy has been proven to have the Highest rate of success and in my opinion should really be the first treatment that is considered.

Although Nicotine is an addictive stimulant, it is not the biggest problem that confronts the smoker. It’s the psychological, emotional attachments and associations to the habit that create the biggest challenges when attempting to quit. These issues are not generally addressed when using nicotine replacement therapies or drugs. So once a person finishes a course of pills or patches, quite often they will return to the habit. This is not to say that all people who try these different methods are unsuccessful, but unfortunately a high percentage do not stop smoking permanently.

Just as you learned to drive a car, and now you really don’t have to think about it too much (other than being aware of safety and other drivers on the road), you learned to smoke cigarettes and developed associations with feelings of reward, relaxation, comfort after food or with coffee or alcohol. Smoking becomes associated with many areas of your life because your subconscious mind now believes that it needs the nicotine to feel calm and relaxed, or to be able to feel more comfortable if feeling anxious or stressed. Boredom can be another area where smoking cigarettes can become somewhat automatic.The psychological associations are as many as they are varied for different people.

In the 1950s – 1970s, there were many cigarette advertisements which associated smoking with sports, celebrities, or tradespeople. Slogans like ‘Take a break, have a (Cigarette Brand Name)’ were the norm. These were messages that were powerful and the cigarette companies new this of course. Smoking was more acceptable as the social norm in those years. Younger people would smoke to fit in, or to feel grown up and to appear cool.There wasn’t the amount of information or collective data available about health risks and mortality rates as there is today.

Most clients that I have helped when Quitting Smoking often say that they are glad to be Free from feeling controlled by something that they really didn’t like or want to do anymore.

You can Quit if you really want to – and this is where Hypnotherapy can really help. If you have made your decision, and have a strong desire to make a positive change for yourself, then I can help you to reclaim your natural state as a non smoker.